"Why Caribbean Motors is using Open Source", an interview with Edwin van Bochove.

Caribbean Motors Company BV has come a long way since its used a hard copy paper filing system to register spare parts and accessories for the Dutch DAF cars, that were used by employees of the Shell Refinery on Curaçao. Nowadays the company uses a terminal system to keep track of all nuts, bolts, pistons and hub-caps for Mitsubishi. The departments for sales, service, parts and accounting are all automated and even the mechanics use diagnostic software on their laptops to locate the cause of problems. Most of the software is based on open source. 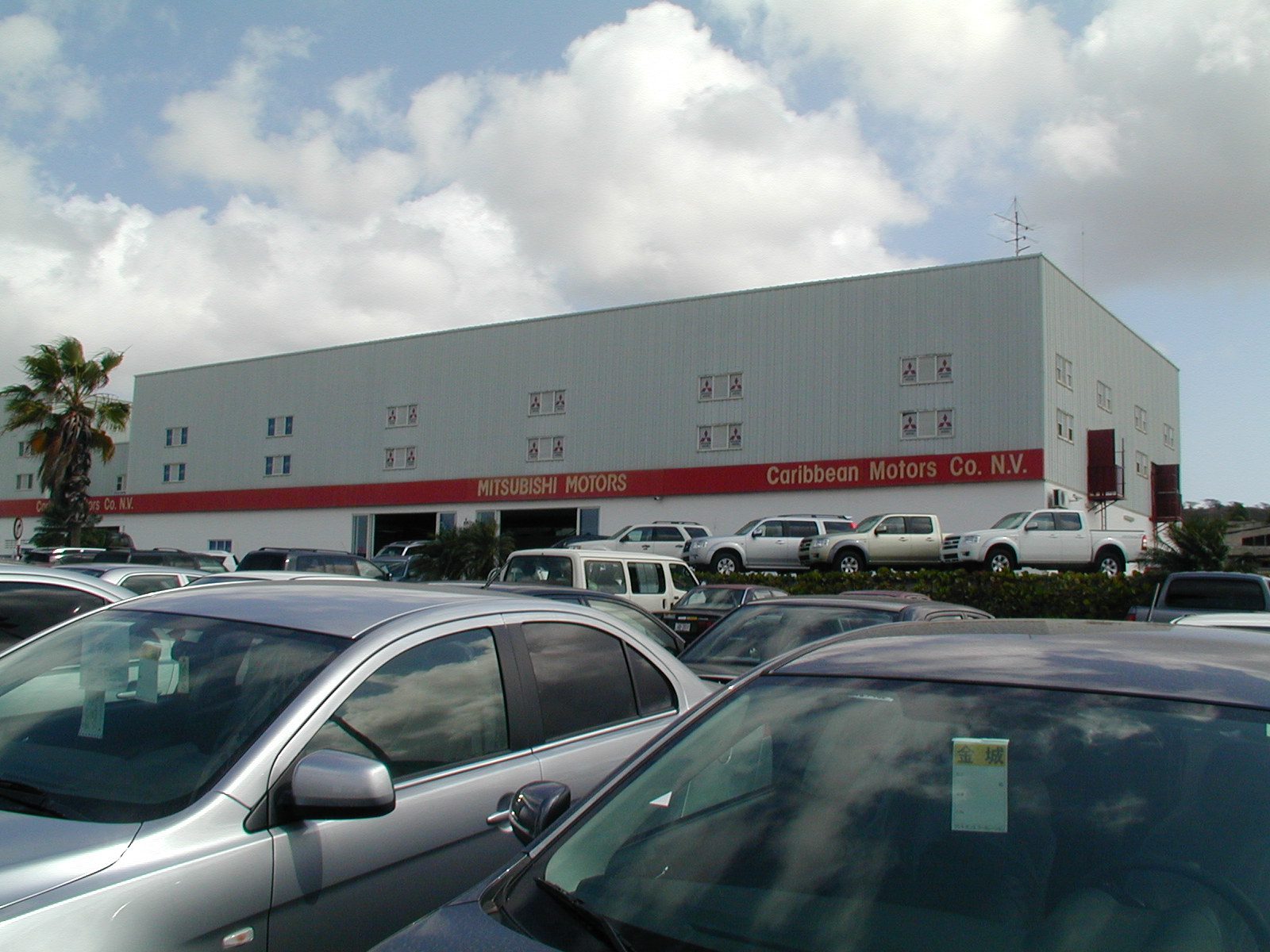 Caribbean Motors Company is one of Curaçaos largest car dealers and importers. It has sold Mitsubishi cars since they were introduced on the island in 1973. In 1998 a new office and showroom were build at the Jan Noorduynweg. Four years later service stalls, tire sales, a computerized wheel balancing service and a auxiliary generator were added. It currently employs about fifty people who sell and service all the latest Mitsubishi models. Sedans as the Lancer, the Galant and the Eclipse, but also SUVs, trucks and buses.

From Commodore 64 via IBM S/36 to Linux Terminal Server

Mr. Edwin van Bochove, the Parts & Information System Manager, has worked for Caribbean Motors Company BV for more than twenty years. He studied car mechanics rather than IT, but became fascinated by computers en programming. When his brother bought a Commodore 64 in the early eighties, he soon recognized the possibilities to use it for an electronic filing system. Eventually, in 1986, Caribbean Motors Company BV decided to replace its paper filing system with a so-called minicomputer, the IBM S/36. “I saw the potential of the minicomputer but also the limitations. It could perform a lot of things, but somebody had to write the necessary programs. I took several training courses and was able to write some add ons for the existing software.” In 2001 Van Bochove was involved in the process of switching from the old system to new Dealer Management Software running in a Unix-environment with pc clients. Eventually a terminal server based system was introduced.

The current system is based on two large linux servers, stationed in Van Bochove’s office, and about thirty terminals. Van Bochove was already familiar with open source software for quite some time. Ten years ago, he was looking for a email program that could be used by everybody in the company and he chose the program that is currently known as Thunderbird. “It is free and comes with features comparable to those of Microsoft.” Then, a couple of years ago, Van Bochove realized that the computer network of Caribbean Motors needed a major update or full replacement. He got into contact with Edwin Constancia of FIT-IT Solutions. “I was impressed because he was talking about a lot of issues I was familiar with and wished to implement. Constancia had a professional experience with these issues and had done a similar project at another company. Our decision to close a deal turned out to be a good decision.”
Van Bochove is happy with the so called thin client system that has been in place for about a year now and in which all software is running from a server. “Every new employee, every new user, can start working within minutes. We just place a thin client. And we can easily replace a broken machine with a new one. Also, the terminals are more durable and they hardly require maintenance. In the past I was trying to keep up maintenance on many computers, something that really wore me out sometimes. Now, only the server and the backup server have to be updated.”

There are more benefits from the current system. Power failures do occur on regular basis on Curaçao. Two large batteries keep the servers running and give Caribbean Motors enough time to start their own generator. “As soon as the power has returned, everybody can continue where they left off. No data has gone missing.”
There are also some disadvantages. For some employees it takes some time to get used to open source programs such as Open Office, Van Bochove says. “It is no problem for people who only used the basic features of Microsoft Office, but there is a problem for the real power users – the people who linked all kinds of data and sheets in Excel, the people who used shared workbooks possibilities. They really had to get used to Open Office. The same happens with new employees who are not familiar with Thunderbird. People who used to work with schedules and other features of Outlook need some time to find and use the same features of Thunderbird. It would be great if there was some temporary support by professionals, who could help us with the transition to Open Office. Help with problems for which solutions have already been found.”

But on balance, the benefits are far larger than the disadvantages. The largest benefit might be the lower costs. “Most software we use is open source. We only need a licensed Window 2003 server for some software people still use.” Another licensed software package Caribbean Motors uses is designed specifically for car dealers and importers. “Since we are on an island, Caribbean Motors is not large enough for the software used by large importing companies, but we are too large for the software used by most car dealers. A English software house has exactly what we need. But it is expensive licensed software for which there is no alternative yet. We are glad the costs for the other software is limited.”